Jonnie & Barbara Nickles were married in December of 1967. They grew up in the church and God led them into the ministry at an early age. After serving faithfully in a local church in several capacities for 14 years they were released into full time ministry. 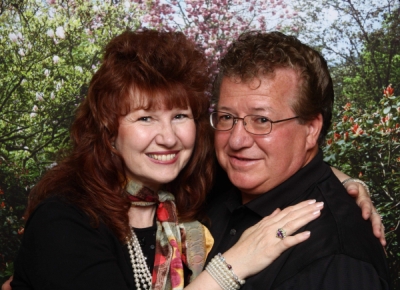 In 1984 the Lord led them to Rome, New York. Even though there were already numerous Catholic churches, as well as many other types of churches to choose from, they knew that God had brought them to Rome for a great purpose.

They came with their two teenage children, Pearl and Jonnie and the family began to minister together. The Church Fellowship began in January of 1985 when we began having services on Sunday morning and Wednesday evening at the Lake Delta Fire Barn (the services were extremely lively when the fire whistle would go off during the service.

Then in August we moved into the former bar and disco (the old Powerhouse) on Rt. 69 W. and Tannery Road. Renovation began right away to change the disco powerhouse into a Prayer Powerhouse. The property was rented for a year and then purchased. In August of 1988 we broke ground to build an addition and, doing the work ourselves, paying as we went, we completed the building and dedicated it in August of 1990.

In the Summer of 2002 Jonnie & Barbara Nickles were asked to return to their home church to be the senior pastors there. After much prayer and seeking God for His direction they were led to set in their Associate Pastors, Dan and Pearl Sanborn as senior pastors of the Rome church and they took the position as senior pastors in the church in Elkton, Maryland, Pleasant Hill Worship Center. After completing a large building project, growing the church, and doing a great work of the Lord there, they have now returned home to LIFE CHURCH, and are open to all that God has for their future!

The Nickles are delighted to have their whole family working together in the Lord’s work. It is such a joy to them to see their children, Pastors Dan & Pearl Sanborn and Pastors Jon & Debbie Nickles, their grandchildren and great grandchild in the church. There is no greater joy than to see our children walk in truth. All the praise and thanks go to the Lord from whom all blessings come!

We're currently offline. Send us an email and we'll get back to you, asap.